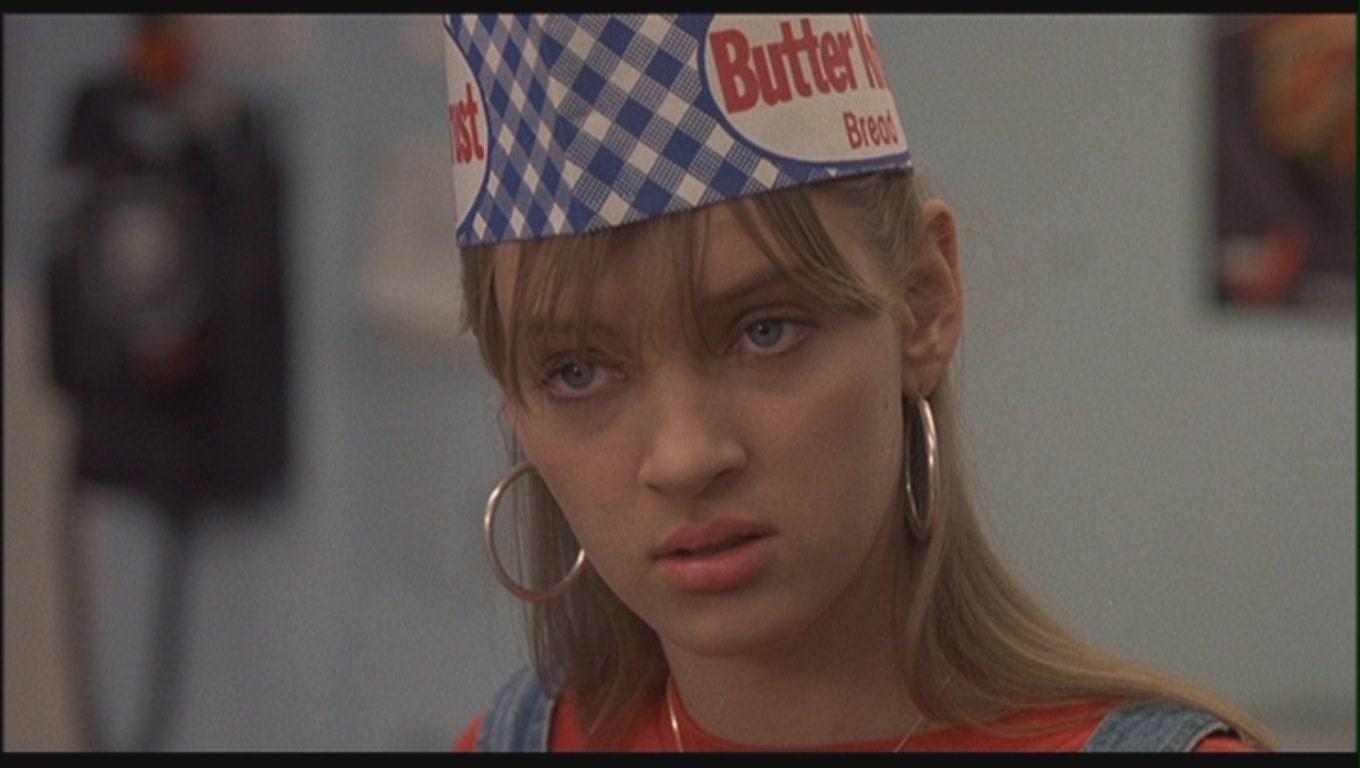 See all our Useless Facts here

1. Is scared of closed spaces and called the experience in which she was buried alive in “Kill Bill” (2003) to be “horrific.” 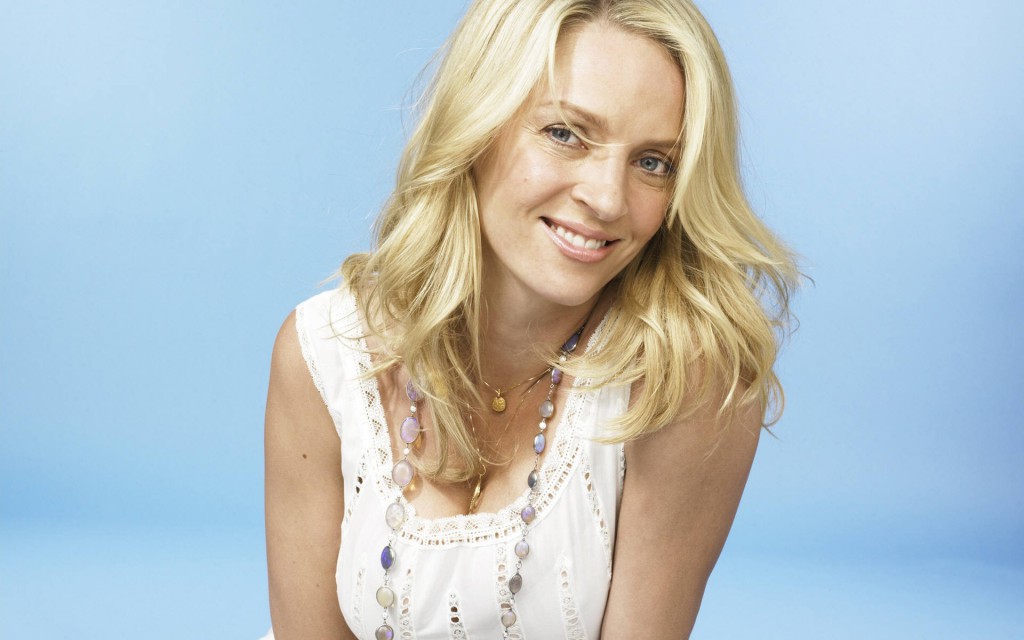 2. Consulted trainer/nutritionist Jackie Keller to help her losing weight for the role of The Bride in “Kill Bill” (2003). She lost 25 pounds in six weeks after delivered her second child by eating desserts. 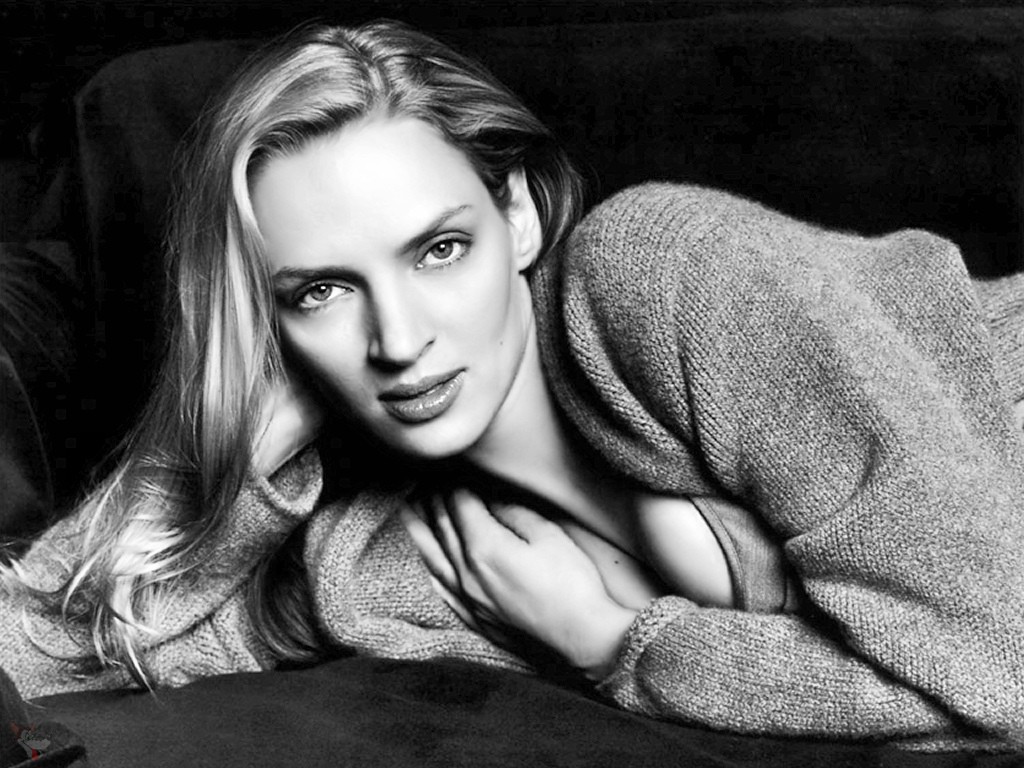 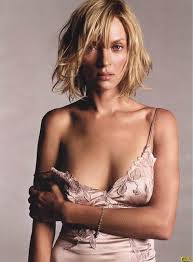 4. Accidentally broke her wrist on the set of her movie, “The Accidental Husband” (2008), resulted in the delay of shooting. 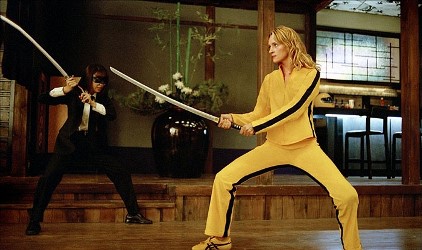 5. Was granted an honor of a knight in the Order of Arts and Letters by the government of France on February 7, 2006.
6. Ethan Hawke’s book, “For Karuna,” was dedicated to her. 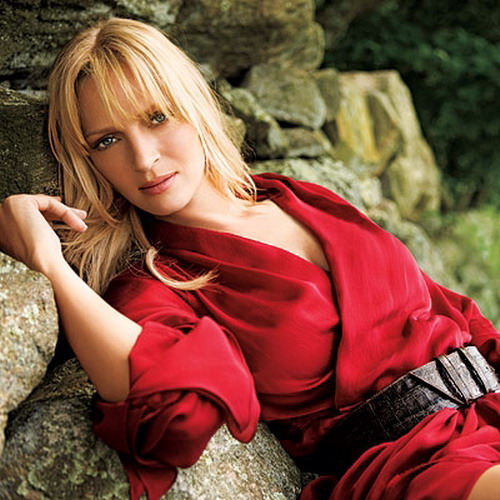 7. Her uncle, John Thurman, performs with the Detroit Symphony Orchestra as the cellist. 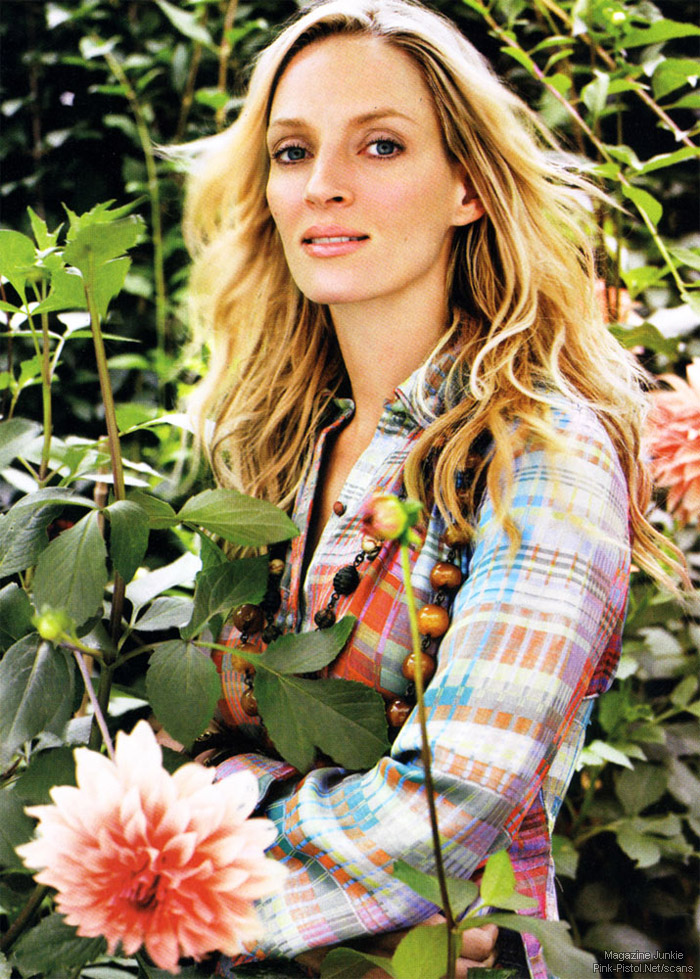 8. Her name means “one” in Portugese and “kiss” in Polynesian. 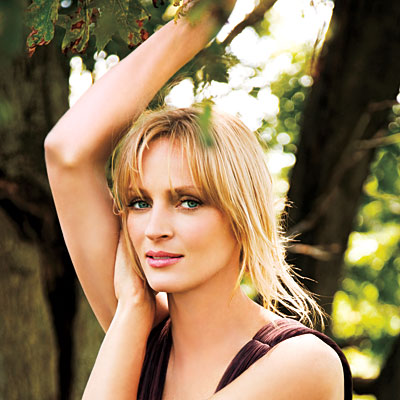 9. Her father, Robert A.F. Thurman, was the first person from western to become a Tibetan Buddhist monk 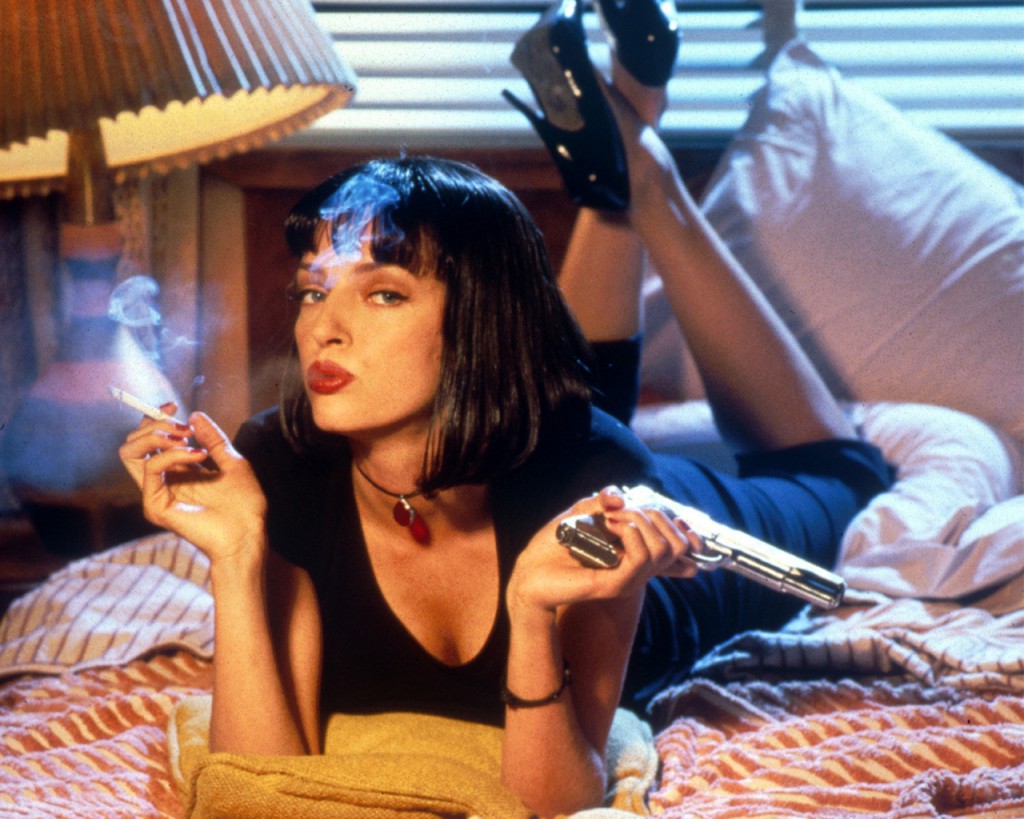 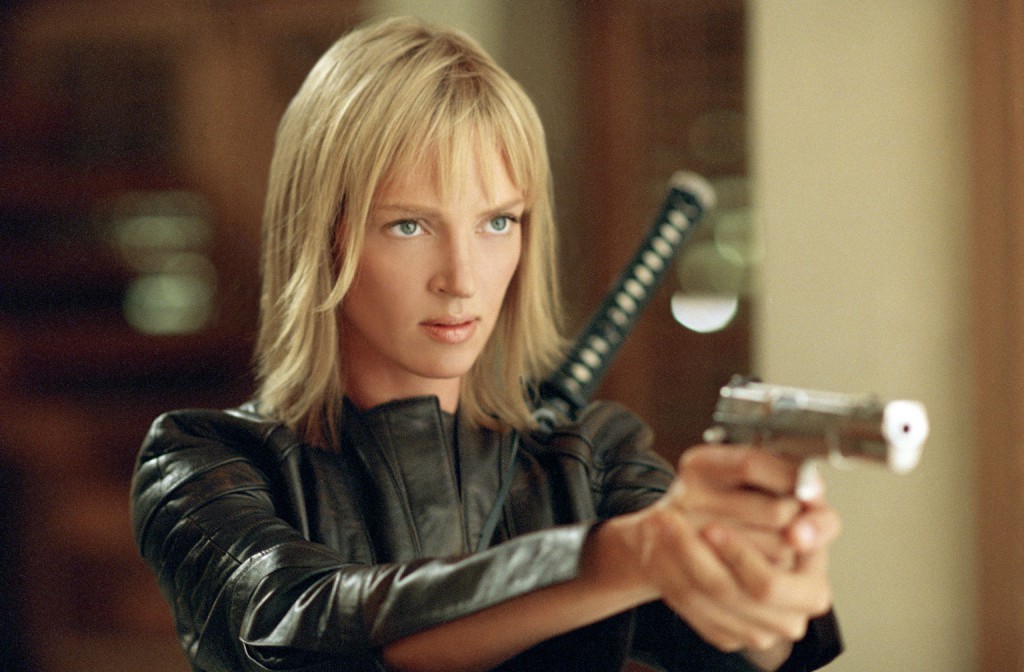 Uma Karuna Thurman (born April 29, 1970) is an American actress and model. She has performed in leading roles in a variety of films, ranging from romantic comedies and dramas to science fiction and action movies. Following early roles in films such asDangerous Liaisons (1988), she rose to international prominence in 1994 following her role in Quentin Tarantino‘s Pulp Fiction for which she was nominated for an Academy Award, a BAFTA Award and a Golden Globe Award. She starred in several more films throughout the 1990s such as The Truth About Cats & Dogs, Batman & Robin, Gattaca and Les Misérables.

Thurman was born in Boston, Massachusetts. Her father, Robert Alexander Farrar Thurman, a New York-born professor, is a Buddhist writer and academic. Her mother, Nena von Schlebrügge, is a model who was born in Mexico City, Mexico, of German, Swedish and Danish descent. During her childhood, Thurman and her siblings spent time in the Himalayan town of Almora,Uttarakhand, India, where the Dalai Lama, to whom Robert Thurman has long been close, once visited their home.[2] She grew up mostly in Amherst, Massachusetts, where she went to Amherst Regional Middle School, then moved to Woodstock, New York. While her father gave his children a Buddhistupbringing, she has one of the Hindu goddess Parvati‘s alternative names, “Uma”, which means “light” in Sanskrit. Regarding religion, she now calls herself agnostic. She has three brothers, Ganden (b. 1968), Dechen (b. 1973), and Mipam (b. 1978), and a half-sister named Taya (b. 1960), from her father’s previous marriage. Thurman’s first cousin, once removed, is Swedish football player Max von Schlebrügge.

Thurman is described as having been an awkward and introverted girl who was teased for her tall frame, angular bone structure, enormous feet and unusual name (sometimes using the name “Uma Karen” instead of her birth name). When Thurman was 10 years old, a friend’s mother suggested a nose job. As a child, she suffered bouts of body dysmorphic disorder. She attended Amherst Public Schools. In the eighth grade she discovered her love for acting. Talent scouts noticed her performance as Abigail in a production of The Crucible and offered her the chance to act professionally. Thurman attended Northfield Mount Hermon School, a preparatory school in Massachusetts, before dropping out to pursue a career in acting. 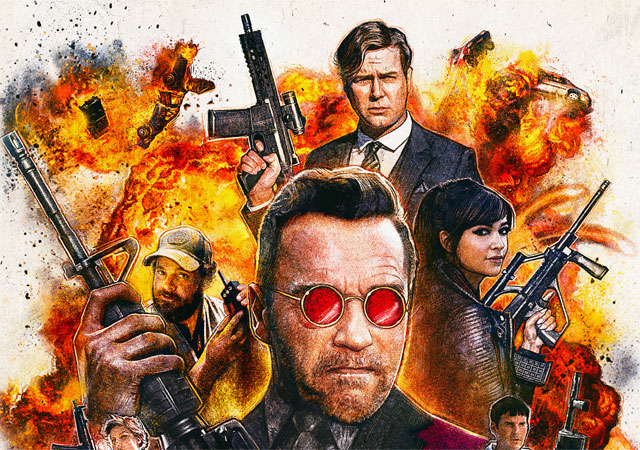 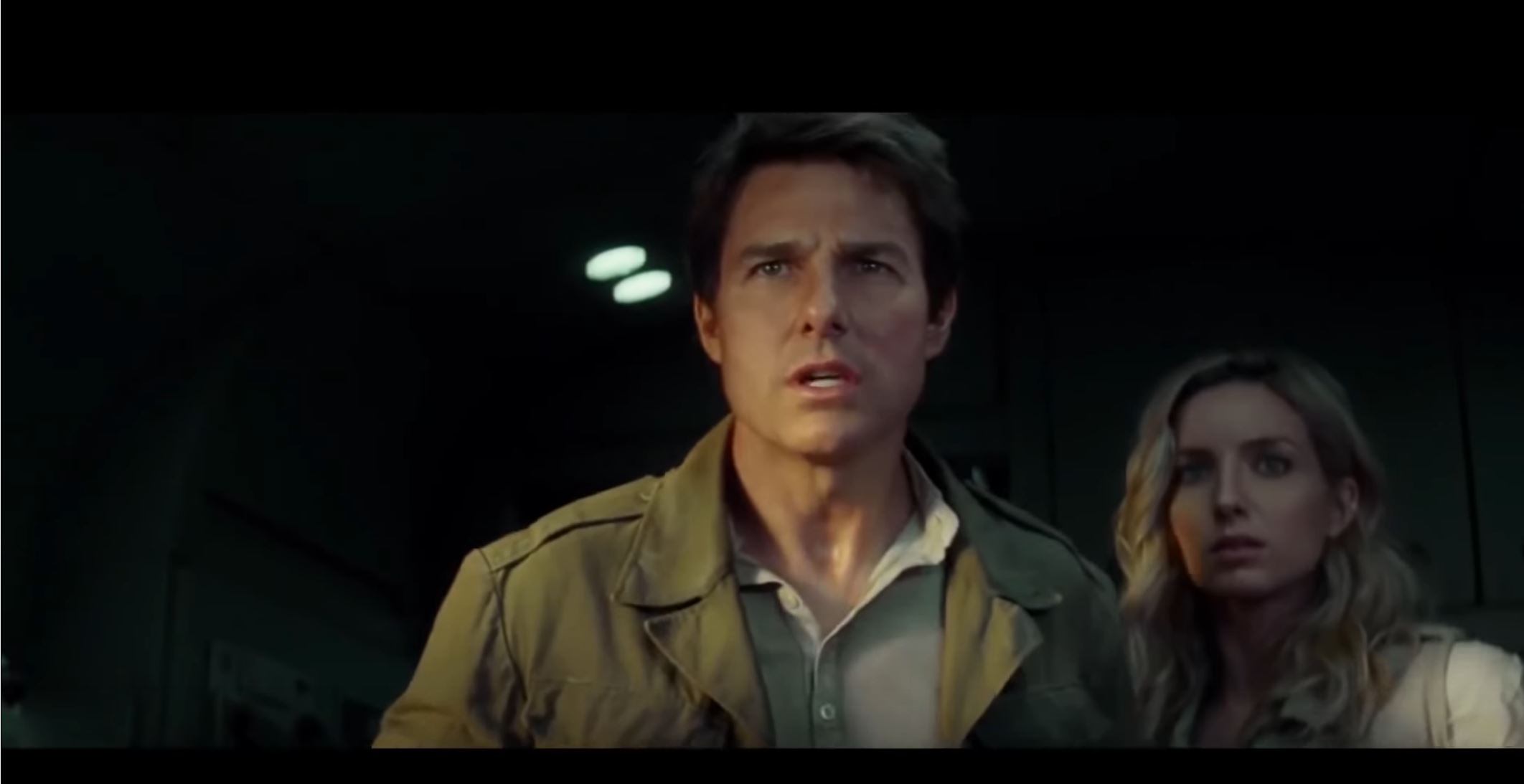 GoPro: Graffiti Street Art - We Are The Ones Bay Area based graffiti artist, Jessica Sabogal, takes on her largest...