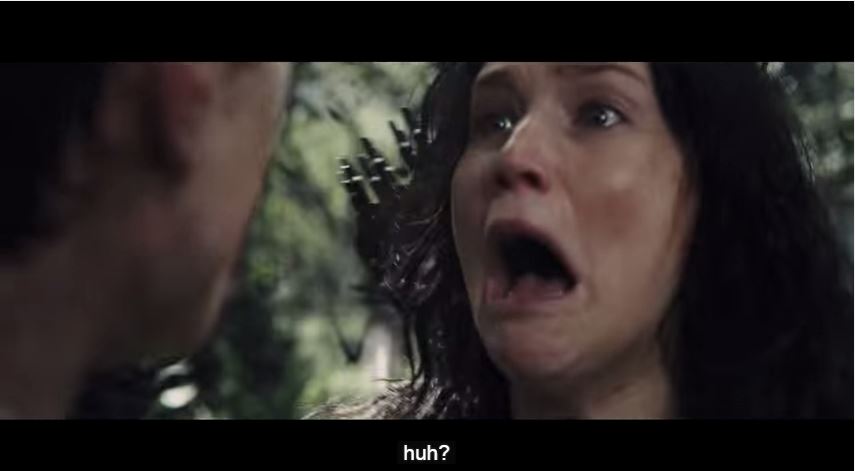 Cant help to laugh at this. Makes this disaster of a movie way better…
Katniss picks out a name for her band, and she’s afraid she’s in a castle.

The Hunger Games is a series of four science-fiction dystopian action adventure films from Lionsgate based on The Hunger Games novels by the American author Suzanne Collins. The series is produced by Nina Jacobson and stars Jennifer Lawrence,Josh Hutcherson and Liam Hemsworth as the three leading characters, Katniss Everdeen, Peeta Mellark and Gale Hawthorne. Two directors worked on the series; Gary Ross directed the first film and Francis Lawrence directed the next three films.

The first film, The Hunger Games, was released on March 23, 2012 and set records for opening day ($67.3 million) and biggest opening weekend for a non-sequel film. At the time of its release, the film’s opening weekend gross ($152.5 million) was the third-largest of any film in North America. The film was a critical success, with praise aimed at its themes and messages, as well as Lawrence’s portrayal of Katniss. The second film, The Hunger Games: Catching Fire, was released on November 22, 2013 and set the record for biggest opening weekend ever in the month of November and the sixth-largest opening of any film in North America at the time, with a total of $158.1 million. Like its predecessor, the film received positive reviews, with critics considering the film an improvement over The Hunger Games.

The third film, The Hunger Games: Mockingjay – Part 1, was released on November 21, 2014. The film grossed $55 million on its opening day, making it the largest opening day of 2014 and the sixth-largest in November. The film went to the No. 1 spot during its opening weekend with a $121.9 million gross, becoming the biggest opening of 2014. Part 1 received praise from critics for its solid performances and smart political subtext, but noticed for its lack of action.

The fourth and final film, The Hunger Games: Mockingjay – Part 2, will be released on November 20, 2015. 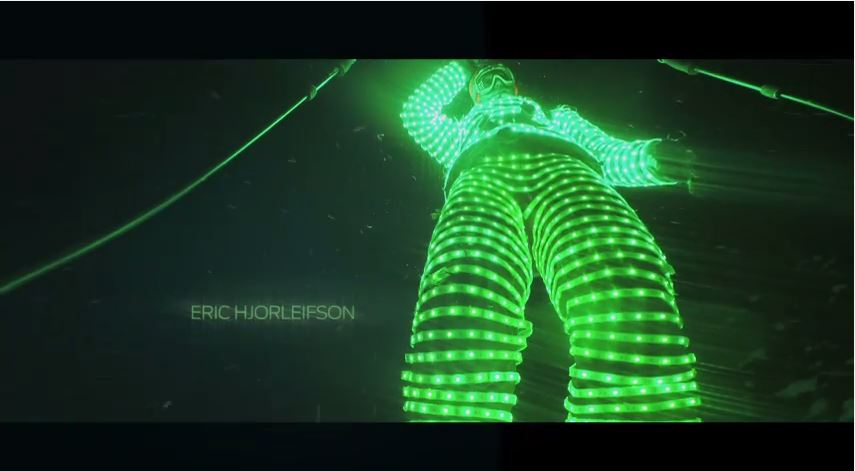 Norwegian duo Röyksopp have premiered a brand new music video for "Skulls," the latest single take from their final LP, The Inevitable...