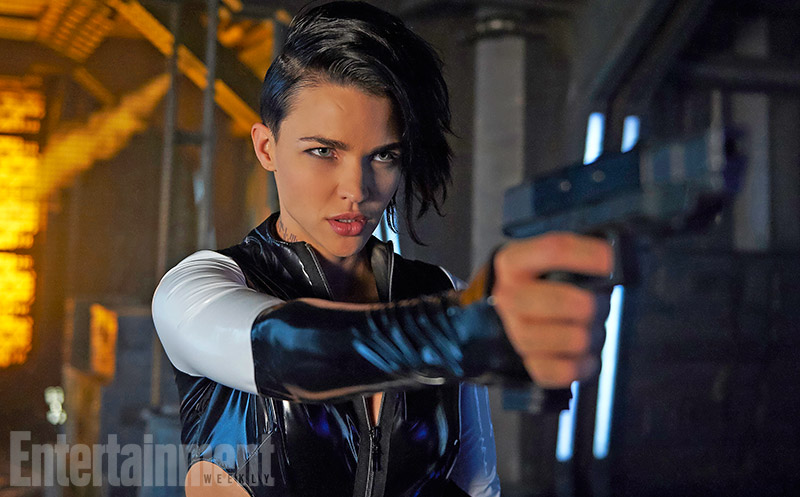 Can’t get enough of Orange Is the New Black hottie Ruby Rose? Neither can we.

Check out the exclusive first look, above, of the Aussie in her upcoming guest-starring role on SyFy’s space thriller, Dark Matter.

Rose will play Wendy, an entertainment android who was designed and built for fun. After she comes to life, she charms the ship’s crew with both her ability to cook and her sexual prowess—but something will go wrong. Very, very wrong.

Rose, 29, got her start on Australian MTV as a VJ, but has since turned to acting—and she says that landing the role of Stella onOITNB soon after moving to the US was definitely unexpected.

“My first big job is maybe, arguably, one of the biggest television shows around at the moment with some of the best actors of our time,” Rose told EW a few months ago.

Expect much  more from the star from down under to come—and in the meantime, catch her on Dark Matter on the SyFy channel, which airs July 24 at 10/9c.[via EW]

Stargate SG-1’s Joseph Mallozzi and Paul Mullie are behind Syfy’s new series, debuting June 12th, based on their Dark Horse comic. The show follows the crew of a derelict spaceship who are awakened from stasis with no memories of who they are or how they got on board.

80s TV Show The Greatest American Hero Gets A Remake

Ought Is Back With New Album And New Single “Beautiful Blue Sky” Sun Coming Down Due Out September 18 via...