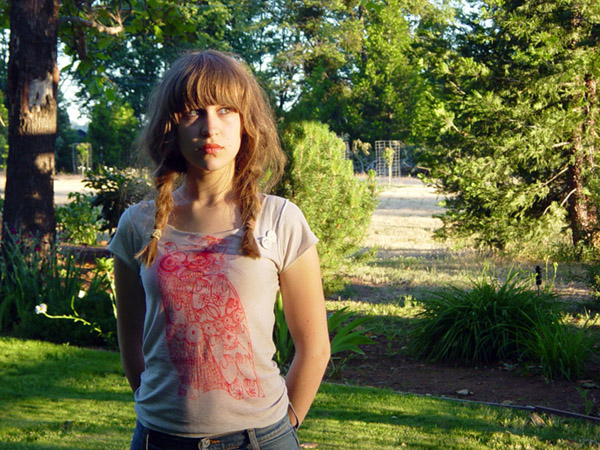 In 2002 and 2003, Newsom recorded two EPs, Walnut Whales and Yarn and Glue. These homemade recordings were intended to serve as a document of her early work; she recorded them on a Fisher-Pricetape recorder. These EPs were not intended for public distribution. At the suggestion of Noah Georgeson, her then-boyfriend and recording engineer of the EP, she burned several copies to sell at her early shows. Jon Fellman, co-producer of Mission Creek Music and Arts Festival, claims that Neil Martinson was the first to have booked a show for her at his club, SMiLE!.

A friend of Newsom’s passed one of these CDs on to Will Oldham at a show in Nevada City. Oldham was impressed with Newsom’s music and asked her to tour with him. He also gave a copy of the CD to the owner of Drag City, his record label. Drag City signed Newsom and released her debut album The Milk-Eyed Mender in 2004.[15] Shortly thereafter, Newsom toured with Devendra Banhart and Vetiver and made an early UK appearance at the Green Man Festival in Wales, returning to headline in 2004, 2007 and 2010.

Her second album Ys was released in November 2006. The album features orchestrations and arrangements by Van Dyke Parks, engineering from Steve Albini and mixing by Drag City label-mate Jim O’Rourke. On a road trip, Bill Callahan recommended she listen to the album Song Cycle by Parks, which led to his being chosen to arrange her work on Ys.

Joanna Newsom at the Sasquatch Music Festival, Washington in May 2005

Newsom is known to debut songs impromptu at her concerts. On March 28, 2009, she performed over two hours of new material at a “secret” concert in Big Sur, California with fellow Nevada City singer-songwriter Mariee Sioux under the pseudonym The Beatles’s. Those in attendance reported that about one-third of her new material was played primarily on piano, with a backing arrangement of banjo, violin, guitar and drums.

Since late 2006, Newsom has performed a solo harp version of the traditional Scottish song “Ca the Yowes Tae the Knowes”.[20]

In 2009, she appeared in the music video for the song “Kids” by the group MGMT.

Newsom’s work has become prominent on the independent music scene. Her profile has risen, in part, due to a number of live shows and appearances on shows likeJimmy Kimmel Live! on ABC.

On January 12, 2010, an entry cryptically entitled “@!?*(%$#!!” was posted on the Drag City website. It contained a link which led to a short comic strip titled “Joanna Newsom ‘Have One on Me'” with a date of February 23, 2010. Later that day, it was confirmed by Spunk, Newsom’s Australian label, that the title and date represented the title of Newsom’s upcoming album and its release date. P-Vine Records in Japan announced that Have One on Me, which was recorded in Tokyo in 2009, would be released in Japan on March 3, 2010, as a three-disc CD set, with a total of approximately three hours of new recordings. Newsom was chosen by Matt Groening to perform at the edition of the All Tomorrow’s Parties festival he curated in May 2010 in Minehead, England.

On February 11, 2010, Pitchfork Media reported that Newsom would be the subject of a tribute book titled Visions of Joanna Newsom which has now been published by Roan Press. She toured throughout Europe and America in 2010 to promote her latest record, supported by a five-piece band. In December 2010, a tribute album of Newsom covers was released as a digital download. Artists involved include M. Ward, Billy Bragg, Francesco Santocono, Guy Buttery and Owen Pallett, with all proceeds going to Oxfam America’s Pakistan Flood Relief Efforts.[28]

On July 19, 2011, Newsom’s second single, What We Have Known, was released on 12″ vinyl. The single was originally the b-side to her first single, Sprout and the Bean. In June 2011, she filmed her second music video (for the song “Good Intentions Paving Company”) with directors Karni & Saul. Newsom was also chosen by Jeff Mangum of Neutral Milk Hotel to perform at the All Tomorrow’s Partiesfestival that he curated in March 2012 in Minehead, England.

In late 2011, Newsom contributed vocals to “The Muppet Show Theme” for The Muppets and appeared on the cover of the 10th anniversary issue of Under the Radar with Robin Pecknold.

Newsom began 2012 with television appearances on Austin City Limits (on January 21) and Portlandia (on February 7).On June 25, 2012, Newsom performed at the Warfield Theatre in San Francisco with Philip Glass and Tim Fain as part of a benefit for the Henry Miller Memorial Library. She performed a new song at the concert tentatively titled “The Diver’s Wife”, a love story concerning pearl hunting. On October 14, she performed another new song tentatively called “Look and Despair” at the Treasure Island Festival.

Newsom appeared on a track titled “Kindness be Conceived” on Thao and the Get Down Stay Down‘s album We The Common, released in February 2013. In March 2013, Newsom contributed to the song “The Man Who Ran The Town” from the album Why Do Birds Suddenly Appear by British skinhead band Hard Skin. Also in March 2013, Newsom participated in a short film for Melissa Coker’s Wren clothing line. In the film, Newsom wears Wren clothing and performs a cover of Sandy Denny‘s “The North Star Grassman and the Ravens“.

She appeared in, and narrated, the 2014 film Inherent Vice.

On August 10, 2015, Newsom announced the release of her next album Divers and released the album’s first single “Sapokanikan.” The album’s release date is set for October 23, 2015 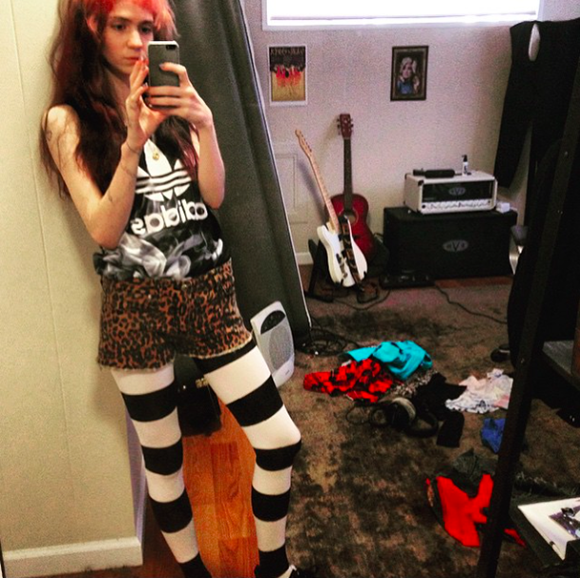 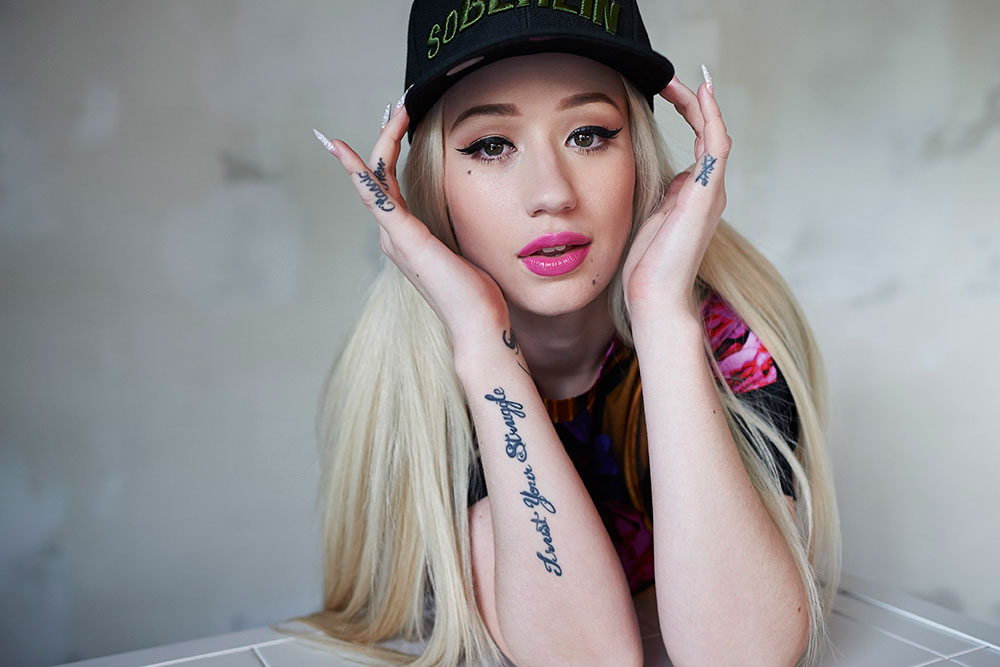 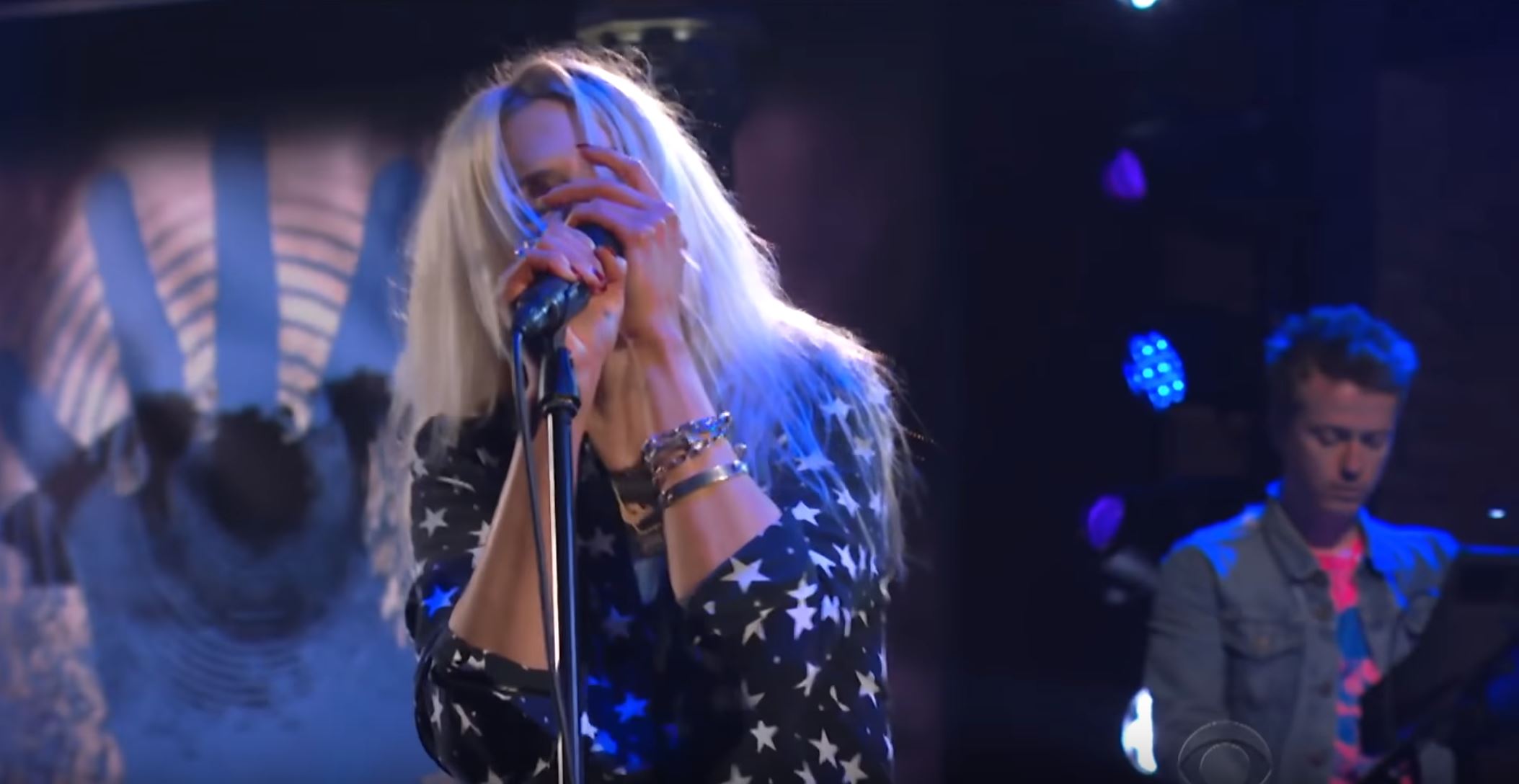